FREE SHIPPING for Orders Over $125

Where did the Tradition of Giving Flowers Come From? 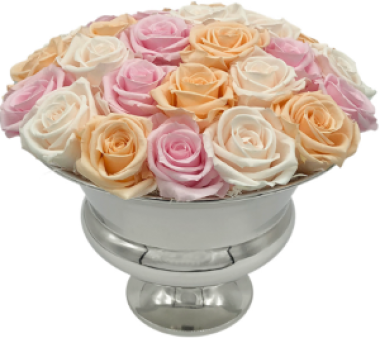 Throughout history, giving the gift of flowers has been one of the most beautiful forms of non-verbal communication between two people, but this act didn’t come about by chance. In fact, it has evolved over time considerably from its earliest days in ancient times to today’s multiple-occasion-worthy gift.
All over the world, thousands of beautiful flowers exist in a variety of shapes, sizes, colors, and smells, overwhelming the eye, calming the mind, and invigorating the soul through their beauty, mystery, and complex language. So, how exactly did the act of giving flowers really start?

One Tradition. Many Cultures.

The tradition of giving flowers as we will see is very old and has a deep meaning and a complex language that is known today as Floriography and in Japanese is called Hanakotoba. History, myths, and tales dating back to ancient Greece, Egypt, Japan show that flowers were an essential aspect of social customs and theology.

In ancient Greece, flowers were offered to gods and goddesses as a sign of respect and prayer and of course, over time this act became a social custom. Greek mythology talks about plants and flowers in the story of Persephone, the flowery transformation of Hyakinthos, and perhaps most famously in the legend of Aphrodite and Adonis. It is said that Aphrodite, the goddess of love, is credited with creating the rose from her tears over the mortally wounded Adonis. Throughout the ages, writers, poets, artists, and others have used the rose as a metaphor for undying love, beauty, and passion.

One of the most preferred flowers by ancient Greeks was the rose which was a sign of wealth and power. At banquets, rose petals would fill the flowers and from the ceiling would “rain” flowers and so all the guests would be covered from head to toe in the beauty of the flowers.

For the pharaohs of ancient Egypt, flowers were a sign of opulence, beauty, and, surprisingly, power - as shown in the fact that before going to war pharaohs used to decorate their chariots with flowers. Also, Egyptians would offer their loved ones flowers that grew near the Nile River, as a means of expressing their emotions.

Very interesting is that roses, in particular, carried the exact symbolism in Ancient Egypt that it does today in our modern culture. Roses were associated with feelings of love and represented beauty and were even considered by Egyptians to have healing and aphrodisiac properties. Even Cleopatra used roses to entrance Marc Anthony. It is said that when she would meet with Marc Anthony she would fill her residence with rose petals so that every time he smelled a rose he would be reminded of her.

or "making flowers alive") is the Japanese art of flower arrangement. Also known as Kado ("way of flowers"). This a very old and complex tradition dating back as far as the 7th century and it started when floral offerings were made at altars.

Plants and flowers have long been key elements in Japanese religion and way of life, due to a deep respect for all nature. In Japan, the art of flower arrangements was also a male discipline of course both genders could practice it. Even Japan’s most prestigious generals were also masters of Ikebana. This art would calm their minds and help them meditate. Two famous generals, Hideyoshi and Yoshimasa, found valuable training in practicing Ikebana even for masculine minds.

After Buddhism appeared in Japan, this beautiful art form evolved to become more and more complex. When Japanese would visit their loved ones they would bring a house-warming gift of floral arrangements of white flowers as they suggest water to quench a fire, fire being their constant dread, as in the construction of many houses everything but the roof is flammable. Red flowers suggest fire, so are avoided on such occasions. 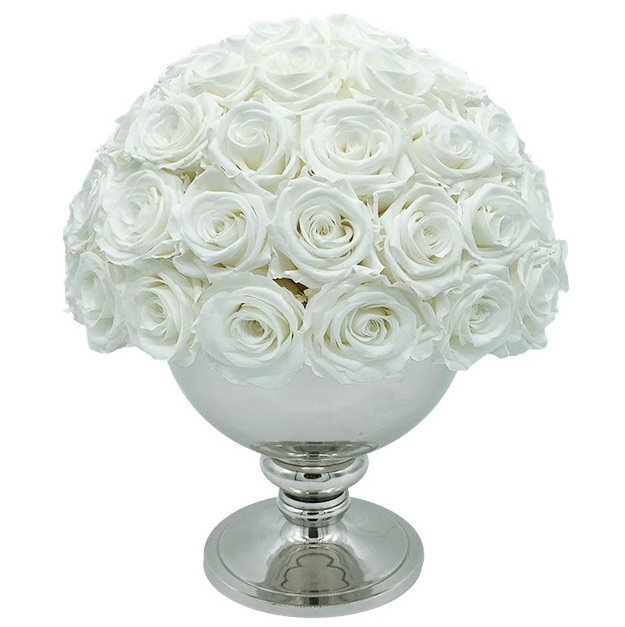 Giving Flowers During The Victorian Era

In the Victorian Era publicly showing your emotions openly was a behavior that was frowned upon, so people use flowers to express their feelings instead. People began to make floral arrangements based on what emotions they wished to convey.

The Victorians had a quite complex system when it came to offering flowers. When you received a flower bouquet, it was important that you knew all the different meanings of each flower, and you also understood the meaning behind the styling of the bouquet. It was just like a language that you needed to know when you wanted to court or show a loss of desire for someone.

In this era, yellow rose arrangements were not associated with positive feelings like friendship as they are today, but rather with jealousy, the end of a relationship, or even infidelity.

The Tradition of Giving Flowers in Modern Times

As we have seen in history, flowers have impacted human interaction, culture, theology, arts, and poetry. The tradition of flower arrangements that convey a message has carried on today and formed a multifaceted sensory language as well as a social convention.

Although the complex language of flowers from the past is less known and practiced today, the concept of offering flowers as a sign a non-verbal communication is still very important in modern culture.

Why Do People Send Flowers in Modern Times?

The reason people send flowers is motivated by more or less the same feelings as have been present throughout ancient times or the Victorian Era, though our understanding of those messages have changed. People today send flowers to celebrate, mourn a death, or express romantic feelings. They may also be meant as congratulations, as a sign of friendship, or a simple act of kindness.

Even though the modern everyday person may not know the meaning behind a number of roses or a single hydrangea, the fact of the matter is that flowers still communicate a special meaning when they are offered as gifts. The language of flowers continues to have an important role in today's human interactions.

Thanks to today’s technology we can send our loved ones beautiful flower arrangements anywhere in the world. With international flower delivery, your loved one can receive a bouquet of flowers while they are thousands a miles away. Blooms by Heinau has taken that idea one step further with 100% natural flowers and that keep their beauty for a year or longer, without care, and without fading. Unlike an email or social media message, even in today’s society, flowers convey a special communication that reminds us that a little extra effort to send something beautiful is a gift that lasts forever in someone’s memory.