FREE SHIPPING for Orders Over $125 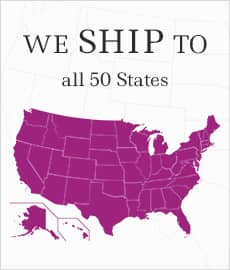 These roses and other white flowers' delicate nature helps reinforce sympathy in a gentle way rather than making a powerful statement. As well, the absence of color invites introspection from studying the blossom itself more closely to appreciate its beauty. So, in this way, white roses can mean having a way to say the unsaid.
The Original Natural Roses That Lasts A Year or Longer Shop Roses That Last

Most commonly, white roses’ meaning is connected to purity and innocence, which has made the blooms a long-time favorite for those wishing to express the very truest of true love. For this reason, white roses as part of bridal rose bouquets are almost a given.

In the Past White Flowers Symbolize More than Fidelity and Purity

White rose and white flowers have been a source of inspiration for plenty of myths and legends throughout history, and with the help of these myths and legends, we can understand how these beautiful flowers were perceived in those times.

One myth says that the first rose on Earth was white, and it miraculously transformed into other hues. The pure white rose was said to have been tainted by blood, making it red, and it was also made to blush from a kiss, making it pink.

Another myth came from the Ancient Greeks. It was said that roses were originally white until one day Aphrodite, the Goddess of Love and Beauty, pricked herself with a rose's thorns. The blood that dripped from her finger turned the white roses red.

In Victorian times, the meaning of white roses and white hydrangeas was slightly different. While white flower arrangements could mean innocence and honesty of intention, it was also considered that white flowers meant the loss of passion.

So, someone who received a bouquet of these roses after previously receiving a bouquet of red roses from the same suitor would have an unspoken statement that perhaps the love interest no longer wished to continue their courtship. Oddly enough, over time, this meaning of quieting of passion evolved to be part of accepted relationship dynamics, and white roses and white hydrangeas, in particular, became the symbolic gift for four-year anniversaries.

The meaning of white roses in this application was most likely to convey that a love that started with fiery passion has now found its place in stillness and a different, more meaningful kind of love. 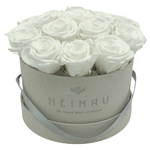 During other times in history, white roses’ meaning had less to do with pure love and more to do with the purity of something new and “unstained” by the world. This made white rose flower arrangements a popular choice for welcoming a new baby, baptisms, and seasonal celebrations like May Day and other spring festivals.

Young ladies of marrying age in the middle ages would often wear wreaths or crowns of white flowers on their heads to symbolize their availability to find and marry a husband. In this situation, white roses’ meaning was to reinforce the young ladies' virginal quality and the purity of their character and actions. Eventually, many western cultures adopted this concept towards a bride’s attire, hence the white wedding dress tradition. Although brides these days now wear colors other than white, and it is acceptable for women to wear white even on a second or third marriage, the tradition began with white roses.